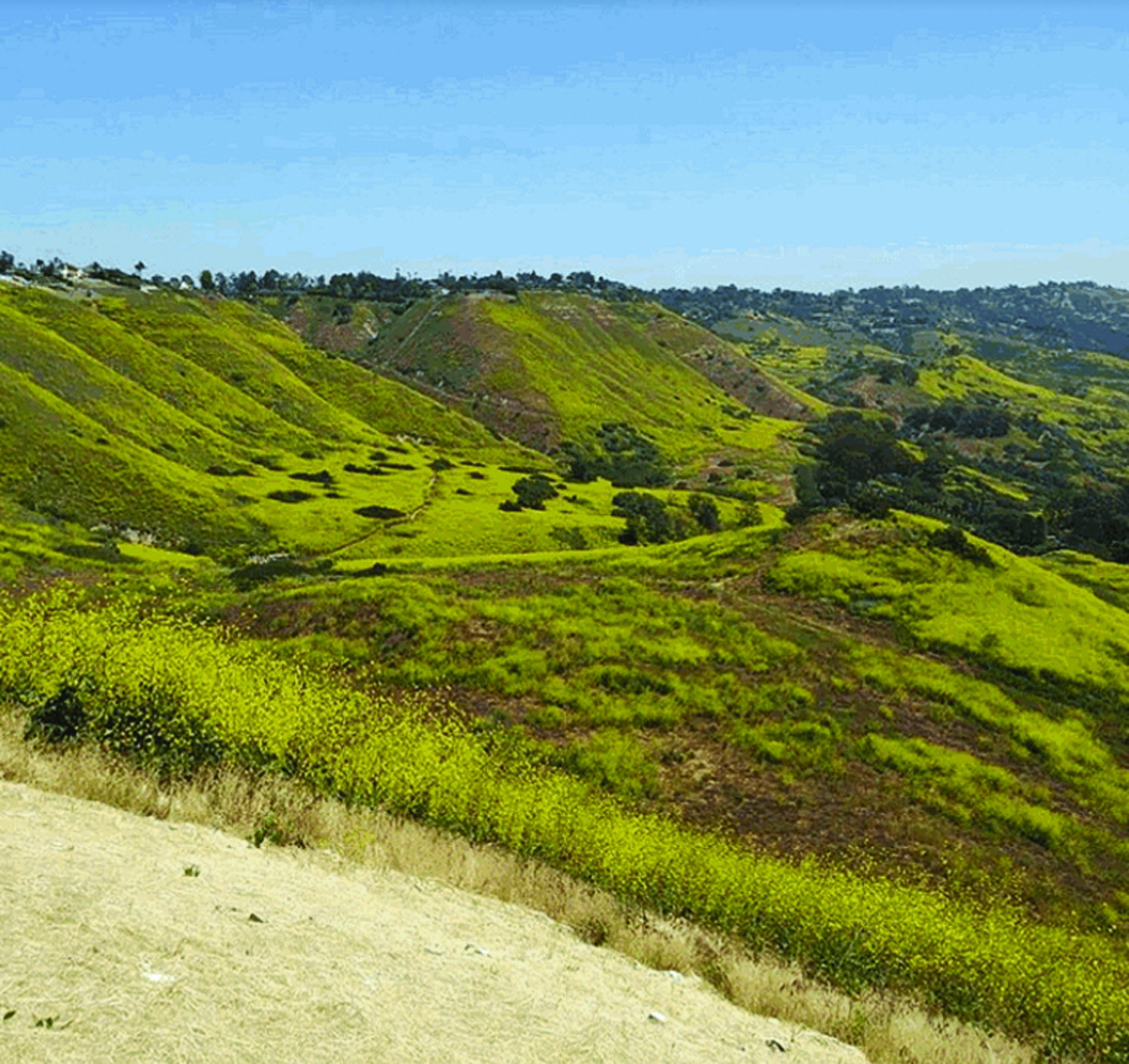 What a relief winter rains provided us after the prolonged drought. It felt like the Peninsula’s bluffs, hills and canyons were rejoicing with an abundance of blooms, green foliage and trickling streams from the nearly 20 inches of precipitation we received during our rainy season. Interns monitoring vegetation this spring observed an expansion of rare plant species such as woolly seablight (Suaeda taxifolia) after years of stagnant population growth.

While the rain was great for the native flora and fauna, it also caused an explosion of invasive weeds. In areas affected by a long history of land disturbance, invasive weeds grew bigger and more broadly than in prior years. Immense stands of black mustard and a host of other invaders bolted for the sky and created yellow swaths of color on the hillsides. While dramatic and lovely from a distance in springtime, over the summer the color quickly faded to brown and dried to tinder.

With the warm summer months transitioning into fall, native plants like buckwheat, goldenbush and California fuchsia are now showing off their autumn blooms–still full of color and forage for wildlife. They provide stark contrast to the brown, dry stands of invasive, non-native mustard, fennel, star thistle and tumbleweed. These dry weeds are a fire hazard and devoid of sustenance for birds and insects.

Conservancy staff, volunteers and four-legged “weed warriors” bravely faced this year’s invasion of non-native plants. Goats brought to Lunada Canyon in the Agua Amarga Reserve and to the Alta Vicente Reserve in April helped clear the land of weeds in preparation for planting this fall. The goats’ indiscriminate appetites are enabling the Conservancy to continue the restoration of native plants in areas dominated by destructive, invasive weeds.

Soon the excitement for staff and volunteers resumes as we begin planting at Vicente Bluffs Reserve, Linden H. Chandler Reserve and White Point Nature Preserve. In addition, over 10,000 native plants will be planted in a five-acre area at Alta Vicente Reserve. This area will become a sanctuary for coastal sage scrub and cactus scrub habitat to benefit threatened animals such as the California gnatcatcher, cactus wren and Palos Verdes blue butterfly. With generous support from Los Angeles County Regional Open Space, City of Rancho Palos Verdes, the Bannerman Foundation and Quadra Foundation, the landscape will be transformed from non-native weeds into a vibrant array of shrubs and flowers. These native plants will change colors with the seasons and some will go dormant in summer and fall while others provide year-round habitat for birds, bugs and other native animals. I am proud to be part of the Conservancy’s ongoing landscape restoration work, which celebrates the Peninsula’s ecological heritage by bringing the land back to its healthy, vibrant, natural state.

Above image: Beautiful annual blooms from invasive mustard plants have a short life span and remain dead for most of the year.
Header image: Palos Verdes Peninsula Mustard comes early.

← PREV: Welcome Back to School NEXT: 2017 Annual Report →
Return to News Blog
TRANSLATE »