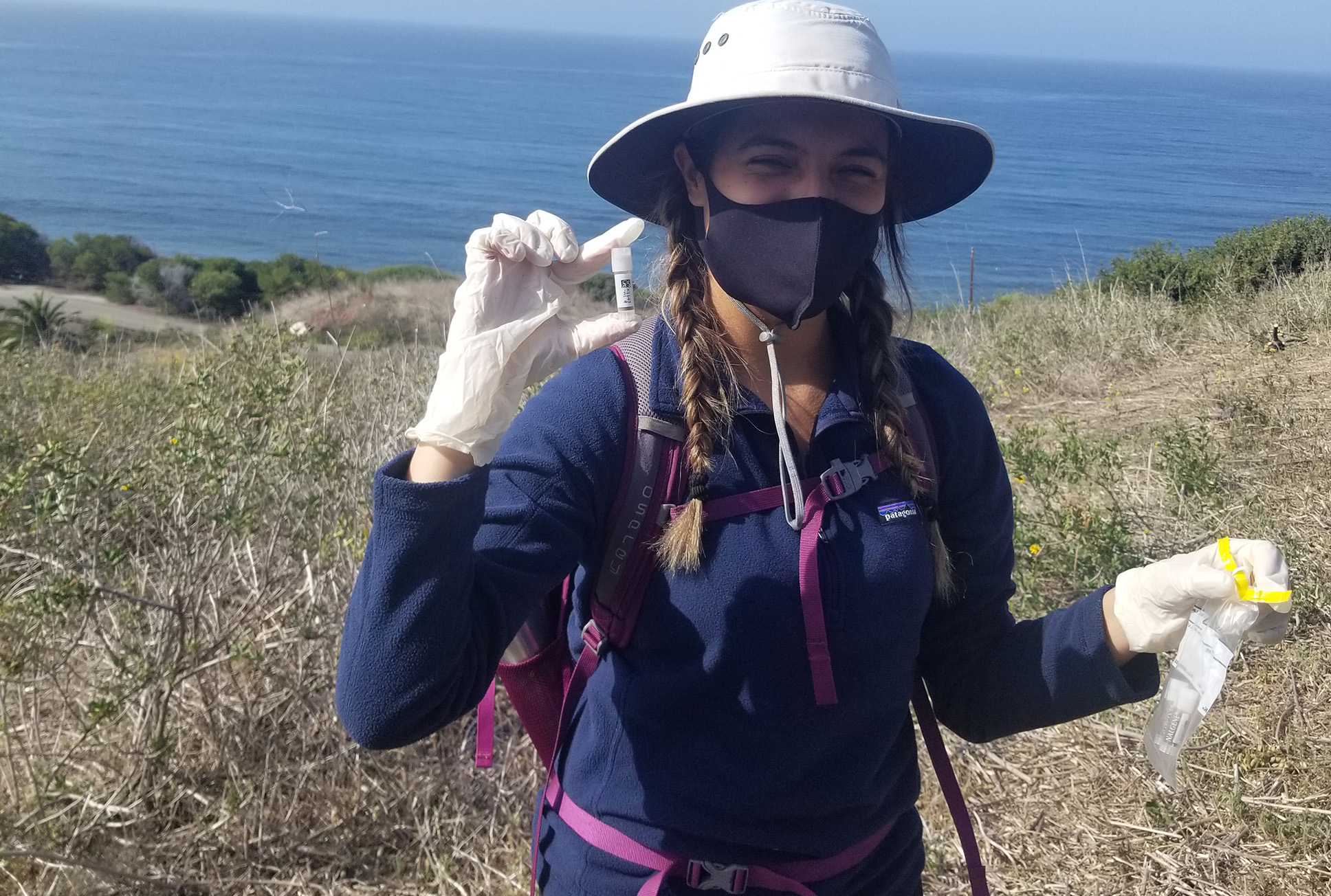 California is one of the world’s biodiversity hotspots, a region with a large number of plant and animal species whose existence is threatened by human activity. California’s wildlife is particularly at risk because many of its species are endemic (only found here) and over 70% of the state’s natural habitat has been lost due to development and land degradation. One of the main challenges facing conservation biologists is how to effectively monitor species distribution and establish reliable baseline data about a region’s biodiversity. This is key for early detection of potential species decline

In April 2021, the Land Conservancy partnered with California Environmental DNA (CALeDNA) to conduct an environmental DNA study in multiple reserves across the Palos Verdes Nature Preserve. In this community science project we recruited Conservancy and CALeDNA volunteers to collect topsoil samples from 10 different sites in and around the Preserve. CALeDNA and Conservancy Intern Lilly Lopez inspected their DNA composition of species in a various types of habitat such as restored habitats, natural habitats, ruderal habitats (areas dominated by nonnative plants and human disturbance) and pre-restoration habitats.

Gathering environmental DNA is a relatively new technology and technique in conservation biology research. Although the process sounds like magic, the DNA data allows biologists to analyze just a few grams of soil and then extrapolate the diversity of species present in each area. This is achieved by observing DNA from all species that have entered into the soil, for example, fallen leaves, shed fur, molted feathers and other indicators.

We are excited to collaborate with CALeDNA and are looking forward to analyzing the collected data to understand the diversity of the places we love.